Over twenty years ago, Renata embarked on a journey beyond Earth, establishing a new colony on a new planet at the base of an alien structure, believed to be God’s city. Ren and the rest of the faithful gave up everything to follow Suh-Mi into the unknown, but only Ren and Mack know that everything they believe is a lie. They’ve kept their secret all these years, for the good of the colony, until a stranger arrives and threatens to unbalance everything.

The first half of Planetfall was a little bit dull. I thought it was kinda bland and wasn’t that interested in how things were progressing. However, the second half was totally brilliant. I was completely sucked in and could not put it down.

I really enjoyed the hoarding storyline. I thought this was an unusual disorder to find in a novel, especially science fiction, and it was very well dealt with. The insight into Ren’s thoughts and feelings about her collection was insightful, believable and not trivialised at all.

I found it interesting that the plot focusses more on human emotions and relationships than any kind of space/alien adventure. It’s not quite what I was expecting, but it was effective and very well written.

When Tim’s ex-con brother, Jake, turns up asking for his help, he knows it’s not going to be entirely legal. What he’s not expecting is to be roped into stealing a racehorse and smuggling it across the border from Canada to America. What follows is an unpredictable, unforgettable journey, with a shocking discovering awaiting them at the end.

I love Tyler Keevil’s writing. His stories are whacky and crazy, but completely believable at the same time. No Good Brother is written from Tim’s perspective, looking back on events. The pre-emptive elements are really effective because they hint at what is going to happen without giving anything away. I really liked it.

The story did feel a little bit long. There were multiple points where I thought it was heading towards an ending, when something else happened to renew the plot. In a way, this was good because it was exciting and kept me on my toes. But on the other hand, I wouldn’t have minded if the book was a bit shorter.

The relationship between the brothers is wonderful. They have very little in common and don’t actually seem to get along that well, but they’re family and, after the tragic loss of their sister, that matters to them above all else. They will sacrifice anything for each other and that makes their relationship really special. It’s also entirely understandable.

If you’re looking for top quality story-telling, this is the book for you. 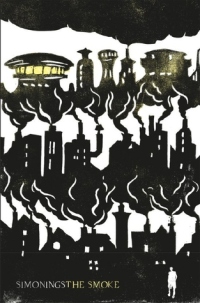 To be totally honest, this book had me pretty confused. I don’t really know what happened or why, or even when the book is meant to be set. Just about the only things I understood were the location and who the main characters were (although I still don’t fully understand what the Bundists are). Because of that, writing my own synopsis is kind of impossible, so here’s the one from Goodreads:

Humanity has been split into three different species. Mutual incomprehension has fractured the globe. As humans race to be the first of their kind to reach the stars, another Great War looms.

But soon enough you will find yourself in the Smoke again, drawn back to the life you thought you’d left behind.

You’re done with love. But love’s not done with you.

Some sections of this book are written in the second person, which is unusual and I really liked it. However, I think this contributed in a big way to my lack of comprehension. It made the book harder to follow and I really struggled to stay focussed while reading.

I did enjoy the parts I was able to understand. The Smoke contains some really interesting and dark concepts, which I absolutely loved. It’s super intriguing with very complex themes. I would say it is worth a read, but requires levels of concentration that I did not give it to fully enjoy.

The blog tour for Zosia Wand’s new book, The Accusation, has begun and today is my day. I hope you enjoy my review, and be sure to check out the other stops on the tour (details can be found at the bottom of this post).

Eve and her husband, Neil, are in the final stages of adopting four-year-old Milly. They only have a few more hurdles to jump before they can officially call her their daughter. Everything seems to be going smoothly, until Eve’s mother, Joan, shows up. Joan has never liked her son-in-law, and never liked sharing her daughter. Can she be happy for Eve, finally starting her own family, or will she want to keep her all to herself?

I really enjoyed Zosia Wand’s Trust Me, so I was excited to hear she had a new book coming out. To begin with, I was actually a little surprised and miffed at some of the similarities between the two books. The lead characters have the same jobs and similar interests, and I thought this was a bit lazy. It wasn’t until later in the book that I realised that Lizzie from Trust Me is actually a character in this book and they live in the same town. This was so clever – like an Easter egg in a video game – and I loved the cross-over!
I instantly had to take back all my negative thoughts in appreciation for the genius of this.

Zosia’s writing is magnificent, and I was fully drawn in. I couldn’t put it down. The story is entirely engaging and (mostly) believable.

The one and only flaw was that Eve’s mother is just awful. We’re supposed to empathise with the character, that Joan is clearly not a great person, but she’s Eve’s mother and she loves her and wants her in her life. Perfectly realistic and understandable. However, Joan is just terrible the entire way through the book. She has no redeeming qualities at all. If my mum was like this, I wouldn’t stand for it at all, regardless of being my parent and wanting that connection. (As it is, my mother is an absolute delight). It just made it really difficult to see why she puts up with her and allows her to become a danger to her family, especially during such an important time in their lives.

Despite any flaws, The Accusation is an interesting, exciting and thoroughly engaging story. I loved it.

Thank you for stopping by! Here’s the poster for the rest of the tour: In Orleans, beauty is valued above all else. People are born grey and plain, and only a Belle can make them beautiful. Camellia has always wanted to be the Favourite; chosen to tend to the royal family and their courtiers. But once at court, she quickly learns that everything is not as she has been told.

The Belles didn’t have as much depth as it could have. The kingdom is clearly unhappy with the prospect of Princess Sophie becoming queen (understandable – she is a piece of work) and poisonings are mentioned, but we get no insight at all into political matters or any attempts to stop her becoming queen. Instead its all about beauty and the belles. I get that the entire concept is kind of shallow, but the book didn’t have to be too.

The other big thing I didn’t enjoy was the pacing, which is rather slow. The plot isn’t particularly complex or detailed so I’m not entirely sure what all those pages were actually used for.

However, there were a couple of good things as well. I especially liked that, despite being all about beauty, there are no set ideas about what is beautiful. The people of Orleans change their hair, skin, body shapes and everything in all different ways without one being considered prettier than the other (outside of trending periods).

I’m not entirely sure if I liked it enough to pick up the next book. On the one hand, I found it pretty boring on the whole. On the other hand, the ending was EXCITING and I do want to know what’s going to happen next.

Weight is a re-telling of the story of Atlas and Heracles. Heracles, when trying to complete his trials, seeks help from Atlas who carries the world on his shoulders. During his temporary relief from the weight of the world, Atlas begins to question, does it even need to be carried?

I was not already familiar with the story of Atlas and Heracles so I didn’t have expectations of this retelling. I love mythology (Greek gods in particular) so was keen to read something new.

Overall, I really enjoyed it. It’s very short (150 pages), and a very fast read. Winterson’s writing style is clear and engaging, and the story felt fresh.

Weight is part of a collection from Canongate, called The Canons. After reading this one, I am already looking into reading some of the other myth re-tellings by other authors in the collection.

I received a copy of this book from publisher in exchange for an honest review.